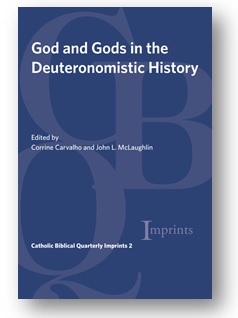 God and Gods in the Deuteronomistic History

Like other constructs in biblical studies, the Deuteronomistic History has come under scrutiny in the 21st century. The books beginning with Joshua and concluding with 2 Kings were thought to be, at their core, a unified explication of Israel's demise in Deuteronomistic terms of sin and its consequences. Current scholarship views these books as more disparate and influenced by a number of different texts, not limited to Deuteronomy. God and Gods in Deuteronomistic History exemplifies the latest research on these Hebrew Scriptures. Each study focuses on the question of how God is disclosed in Israel's history. Contributors look at the topic in a single book to bring forth the richness and variety of the Deity's descriptions. The results show an array of understandings about the divine figure Yhwh, whose titles also include El, El the Living, and Yhwh God in heaven, to name but a few. A strength of this volume is the meticulous analysis of Mesopotamian and West Semitic sources, expressed both textually and in material culture. The biblical writers adopted and adapted these ancient Near Eastern sources to create various pictures of God in the Deuteronomistic History, at times mirroring the deities of the so-called idolatrous religions. This book brings forth portrayals of Israel's God as well as other regional deities in their contiguity and complexity, across the Deuteronomistic History.