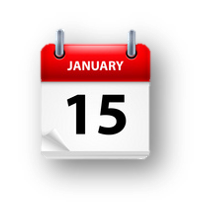 The Catholic Biblical Association of America (CBA) invites applications for its annual Emerging Scholars Fellowship. This award is a graduate student award given to emerging scholars who show promise and appear likely to make significant contributions to the field of Biblical studies. The CBA is a scholarly organization devoted to supporting biblical scholars from all traditions. Researchers share their scholarship during the Association's Annual Meeting and in its publications (Catholic Biblical Quarterly and the CBQ Monograph Series).

The award enables Fellows to attend the CBA Annual General Meeting (AGM), to present their scholarship, and enjoy the company and conversation of scholars in the field.

The award consists of:

The award is contingent on attending and presenting at the CBA Annual General Meeting. At the meeting, fellows will present their papers and have the opportunity to encounter high-quality scholarship and a hospitable environment in which to develop relationships with other scholars in the discipline.

To qualify for the award, you must:

ON or BEFORE JANUARY 15

1) Send the following materials attached in a SINGLE e-mail to CBAfellowship@CUA.edu

2) Arrange for the Recommendation Form to be sent to prospective recommenders.

Fellowships will be awarded to those showing the potential to make a serious contribution in the Biblical field.

Confirmation that the e-mail and materials were received will be given by the CBA Office within 5 days. If you do not receive confirmation, notify the CBA office by e-mail at cba-office@cua.edu.